CNBLUE is going to celebrate the 5th Japan debut anniversary with the long-awaited 5th album “EUPHORIA”, which was announced by the members during Abema TV & FRESH! Live on September 5th! 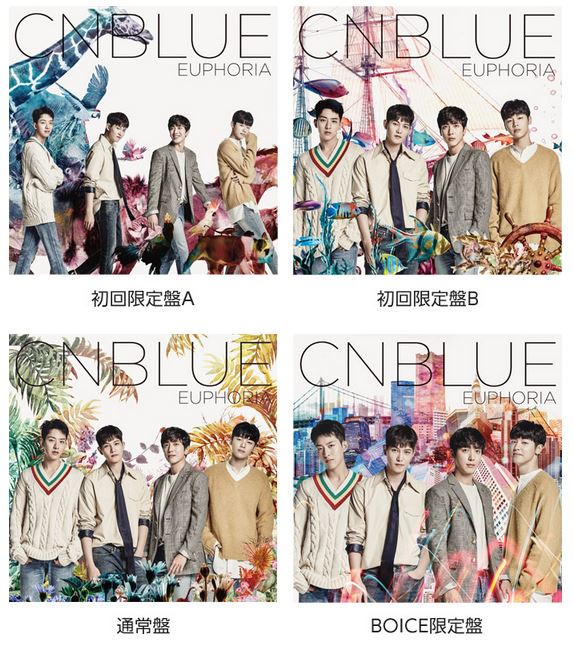 Also, on how the 5th anniversary should be commemorated as the “EUPHORIA = happiness” and celebrate it with fans, they have “CN5” campaign which contains five major benefits as a form of appreciation and awards. The first award “CN1” is “all tour performances admission Glory passport gift!!” It’s on sale in the FNC JAPAN ONLINE STORE, where all four types of “EUPHORIA” is packed in the original box of “EUPHORIA BOX SET”. This CNBLUE BOX set was made to commemorate the Japan debut 5th anniversary, but it’s limited only for 5000 sets, first come first serve, there will also be a lottery for those who purchase this box set with a present of a pair admission ticket to all performances of “CNBLUE 5th ANNIVERSARY ARENA TOUR 2016 -Our Glory Days-” called “Glory passport”. 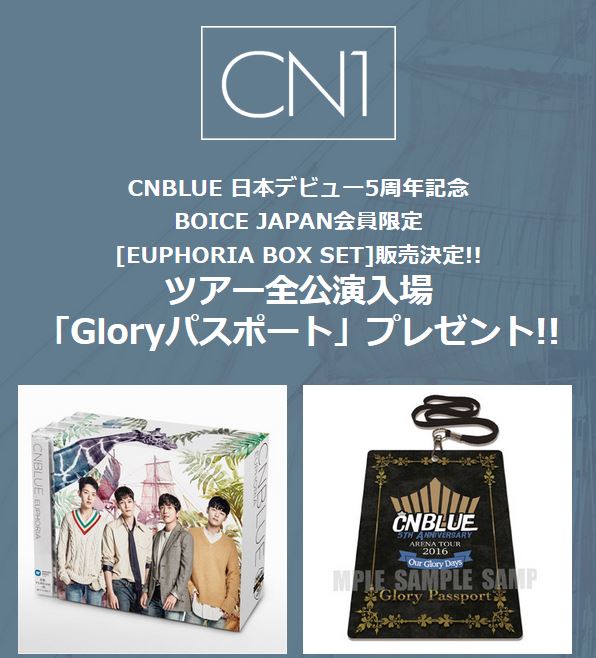 The second award is “CN2”, “become the fifth member of CNBLUE! EUPHORIA PREMIUM 5 SHOT photo session invitation!!”. Image of “EUPHORIA” original jacket photo, all CNBLUE members and the only selected winner who fits with CNBLUE as five?! A rare “EUPHORIA = happiness” chance to be invited to the 5 SHOT photo session. A commemorative photo that has been captured will be given to you on the spot. 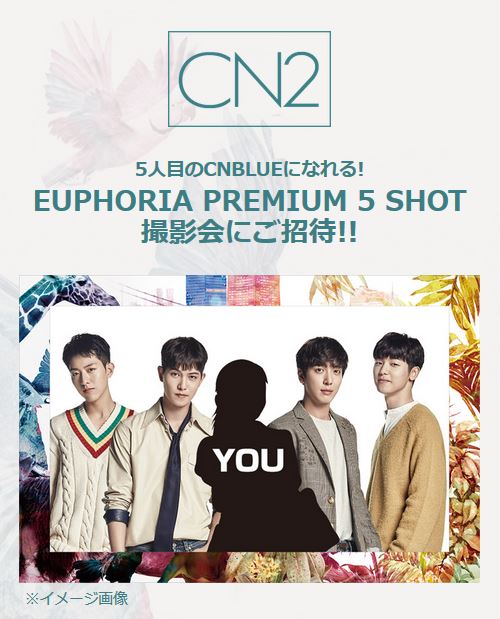 The third benefits “CN3”, “invited to the ”EUPHORIA” premium release event-through happiness and luck autograph session!!” Deep talks about the production of “EUPHORIA” album which is more tasteful with all the members participated on it, the premium release event consists of signings of all members. 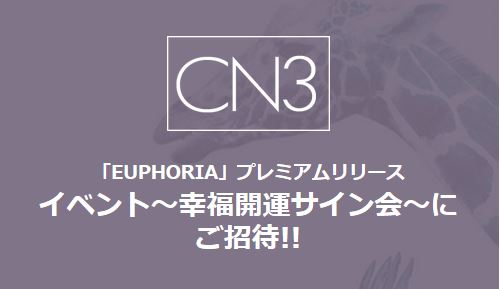 The fourth award is “CN4”, “invitation to the photo session with the members right after the live performance!! ‘Meet & Greet & Glory’!!” We want to invite you to “CNBLUE 5th ANNIVERSARY ARENA TOUR 2016 -Our Glory Days-” Meet & Greet event that takes place in all performance venues. Met with all members who just showed off the hot performance on stage, and, being in a group photo, it’s an event that promises you the best after-show memories.

As an extra, there’s “CN4.5”. On September 21st, CNBLUE DVD / Blu-ray “SPRING LIVE 2016 ~ We’re like a puzzle ~ @ NIPPON BUDOKAN” will be released and those who purchase it will have a chance and invited to Meet & Greet event held at the venue of all performances of <CNBLUE 5th ANNIVERSARY ARENA TOUR 2016 -Our Glory Days->. Terms and conditions applied, you have to check the official site for more information.

The fifth benefits “CN5” is a present in a lottery for fans, “CNBLUE 5th Anniversary original badge”, fan’s CNBLUE debut 5th anniversary logo emblem design will be featured in the original badge. For more information about the CN5 campaign please check to the campaign site :

In addition, along with the album, the tour in five cities with 9 performances were announced. With the album “EUPHORIA”, CNBLUE is going to spread the blessing and gratitude to the whole country.

Marketing Management student. Addicted to rock bands and it's hotties. I travel when I have the chance. Trapped on Jungshin's charm❤️‍ find me on Twitter (@arufianadesu) / IG (@alvianashin), let's be friends ;)